I shudder at the thought of having to renovate the house. We bought the house in 1981. We rented the house until 1995 when finally we moved in from our house in Taman Wangi, Gua Musang which we ultimately sold at a profit. The profit could have been four times more had I waited another ten more years to sell it. God has destined that I can only make that much and be grateful for that. Thus far we had extended the kitchen twice, added a store and upon the advice of fellow blogger Pak Idrus of the blog In Passing Malaysian, to install laminated flooring to all the rooms and avoid the use of carpets which is purported to be unhealthy especially to children with asthma.
The current renovation is necessitated by incessant recurring flash flood that bring jitters whenever heavy long spell of rain occur in our place. The poor drainage system of the area was made worse when the drains kept growing narrower when new buildings were constructed impeding water flow from my area. Resurfacing of the main road also impede water flow when the road level increases a further two inches when a new layer is added as the flood water has to surmount the extra inches due to insufficient size of the culverts crossing the road. Complaints to the relevant authorities is just like complaining to a dead wall.
Now I have to raise the floor of house by at least nine inches just to ensure that if a flood of the December 2014 magnitude that hit Kelantan with devastating consequences will not have any effect on my home. I could not raise the floor level any higher as the height of the ceiling from the floor will be reduced to a mere nine feet three inches and it is the minimum height for comfort.
For the renovation to be done I will to remove all the furniture in the house, all the laminated flooring and door frames. As of now all that has been done and the contractor will move in tomorrow. Hopefully they will do a quick job so that things will be reverted to normal as soon as possible 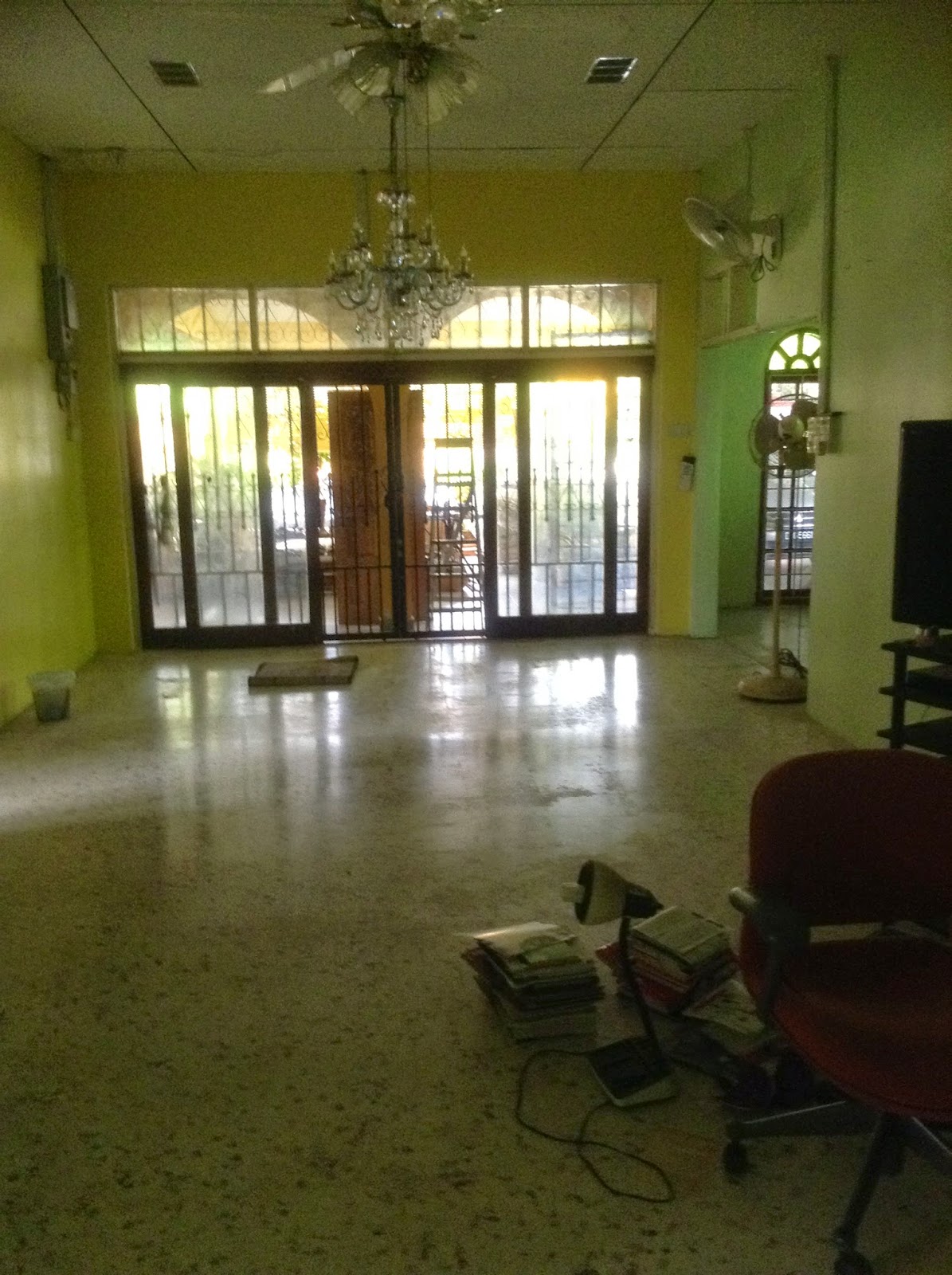 The house is now bereft of any furniture except the kitchen one bedroom at the back of the house where we will be sleeping in which will remain as it is. 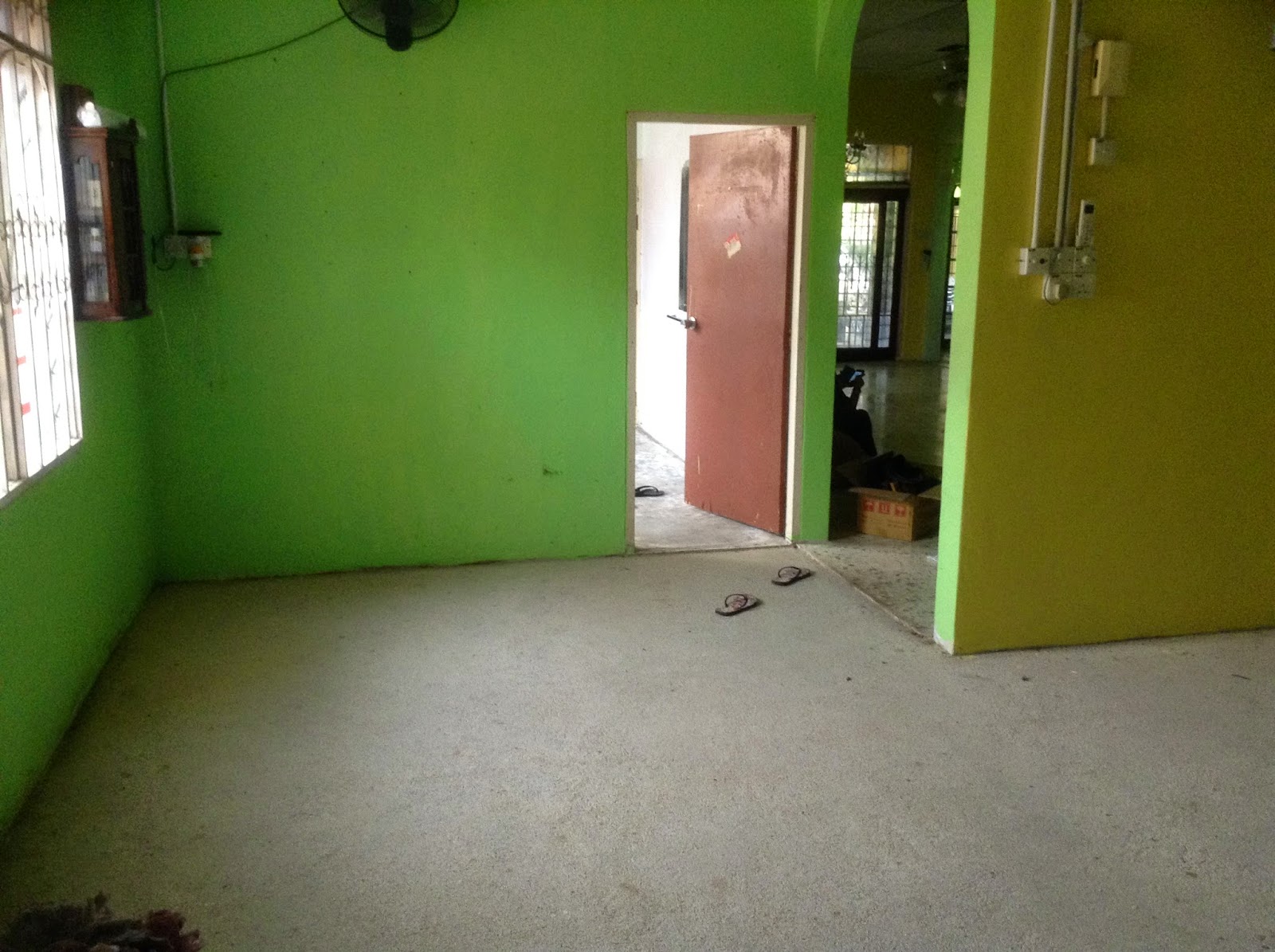 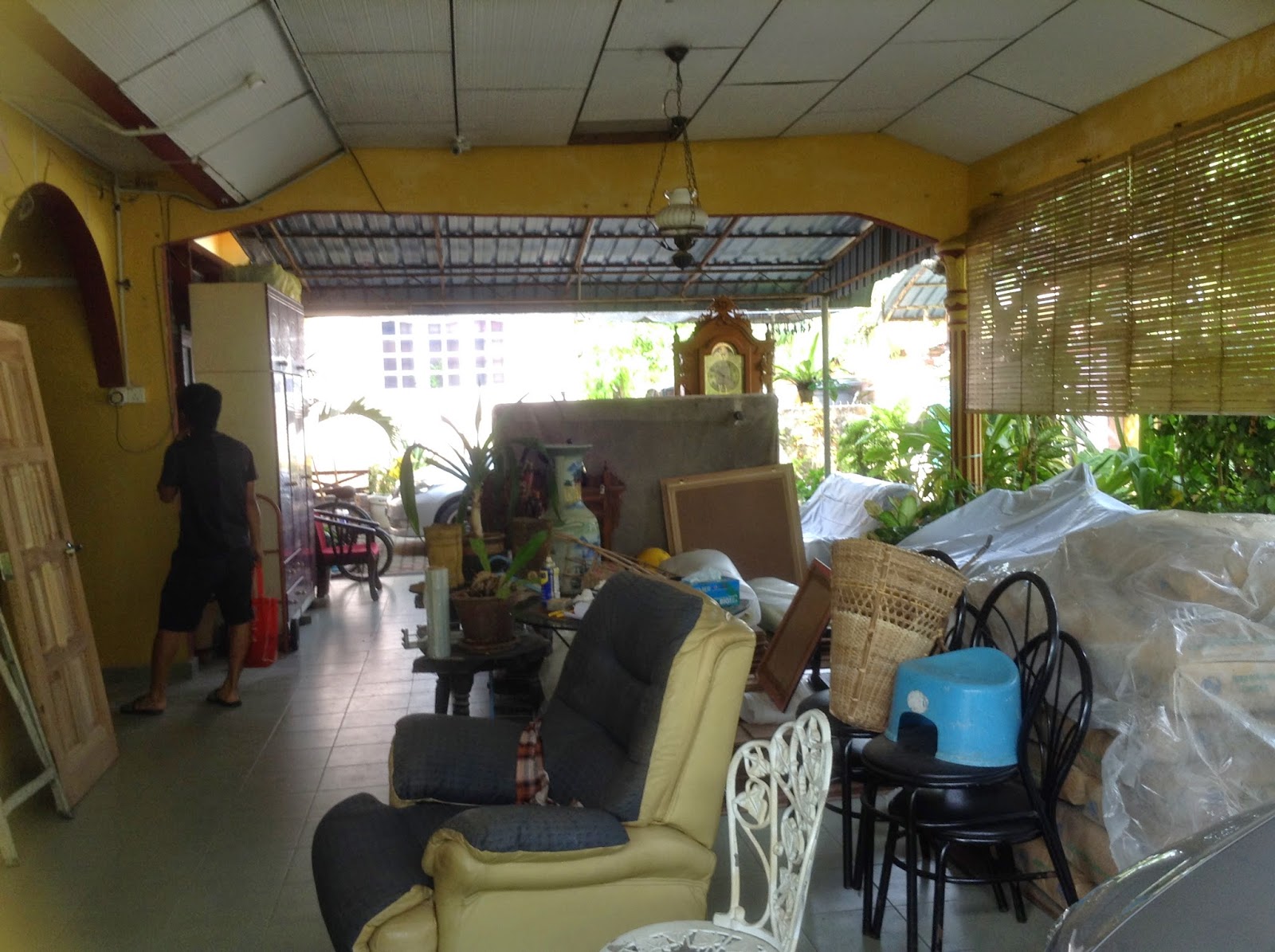 Luckily for have we have big porches to keep all the furniture while the renovation is being carried out.
Till the renovation is done, life will be a bit uncomfortable for the two of us as the children are not encouraged to visit us in the meantime.
Posted by Pak Zawi at 2:16 PM 3 comments:

My last post on this site was done on Friday, September 13, 2013 with the title of Guilty Feeling. That post wasn't even completed and the sentence wasn't even a complete sentence. That was how bad things were with the bloggers due to the shift to Facebook as the preferred social media. By now a few of our prolific fellow bloggers namely Captain Yusof Ahmad of the blog The Ancient Mariner, Dalilah Tamrin of One Breast Bouncing, Zaharan Razak of Zaharan zveloyak and Zorro of zorro-unmasked has passed on (may their souls rest in peace). Those are that I know. Maybe a few others too had passed on but unknown to me. Some may have gone into obscurity and never appear anywhere on any social media and never made contact with any of our fellow bloggers.
Today I had a surprise call from Kak Teh (Zaharah Othman) of Kak Teh's Choc-a-Bloc Blog on her Facebook page calling for all bloggers to hit the keyboards again beginning on 6th of May 2015. I can't wait for that date and so I am jumping the gun not that because I want to make a head start but to alert other bloggers of that era to do the same on this coming May 6. Some including myself doubt the ability to remember our passwords with some even doubting their ability to recall the names of their blog. Those who claim to have forgotten their passwords were reminded to use the Forgot Your Password button to regain their passwords since they have forgotten about the existence of such a facility.
So with this post, I am kick starting my blogging on Life As I See It...
Happy blogging mates
Posted by Pak Zawi at 8:59 PM 4 comments:

Pak Zawi
A retired government servant trying to become an artist while helping fellow artists to market their works.